This project probably reveals the fact that I have a mild obsession with pointy hats. I just think they’re neat. Unfortunately at the height of the some of the warmest weather we have had I  have picked the worst time to make this…

This is my first knitting project with a pattern I designed, although ‘designed’ is putting it rather strongly as it is essentially a cone. It is primarily moss stitch, which takes a bit of thinking about to work out how to correctly reduce (but luckily for you I have already done this) with some ribbing and is made in two halves, which are then stitched together. If you have larger needles and a smaller head than I do or round knitting needles you may be able to make the hat all in one piece.

So,  the pattern for each half is as follows:

Cast on 64 (I used Tillybuddy’s very stretchy cast on) leaving a reasonable tail.

16 lines of moss stitch, which goes like  (repeat this sequence 4 times):

120 lines of reducing moss, which goes like (repeat this sequence 15 times):

Cast off  leaving a tail long enough to sew most of one edge  (you should only be casting off two stitches). 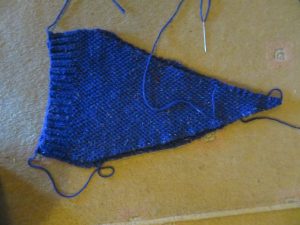 Repeat this pattern twice and then lay one half on top of the other and sew along the seams with the tails, on each half the tail from the base and the point should meet some way in the middle and be tied together. Now turn the hat inside out and it should be complete! 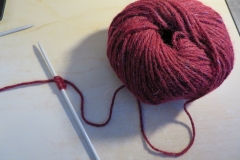 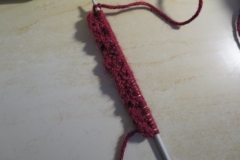 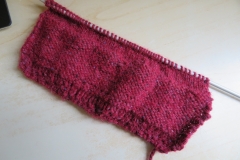 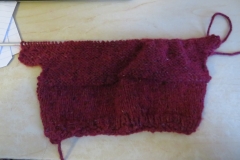 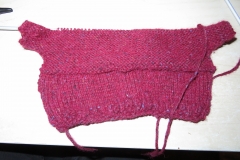 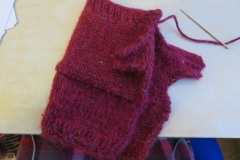 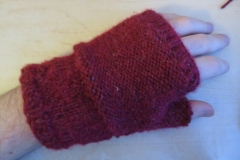